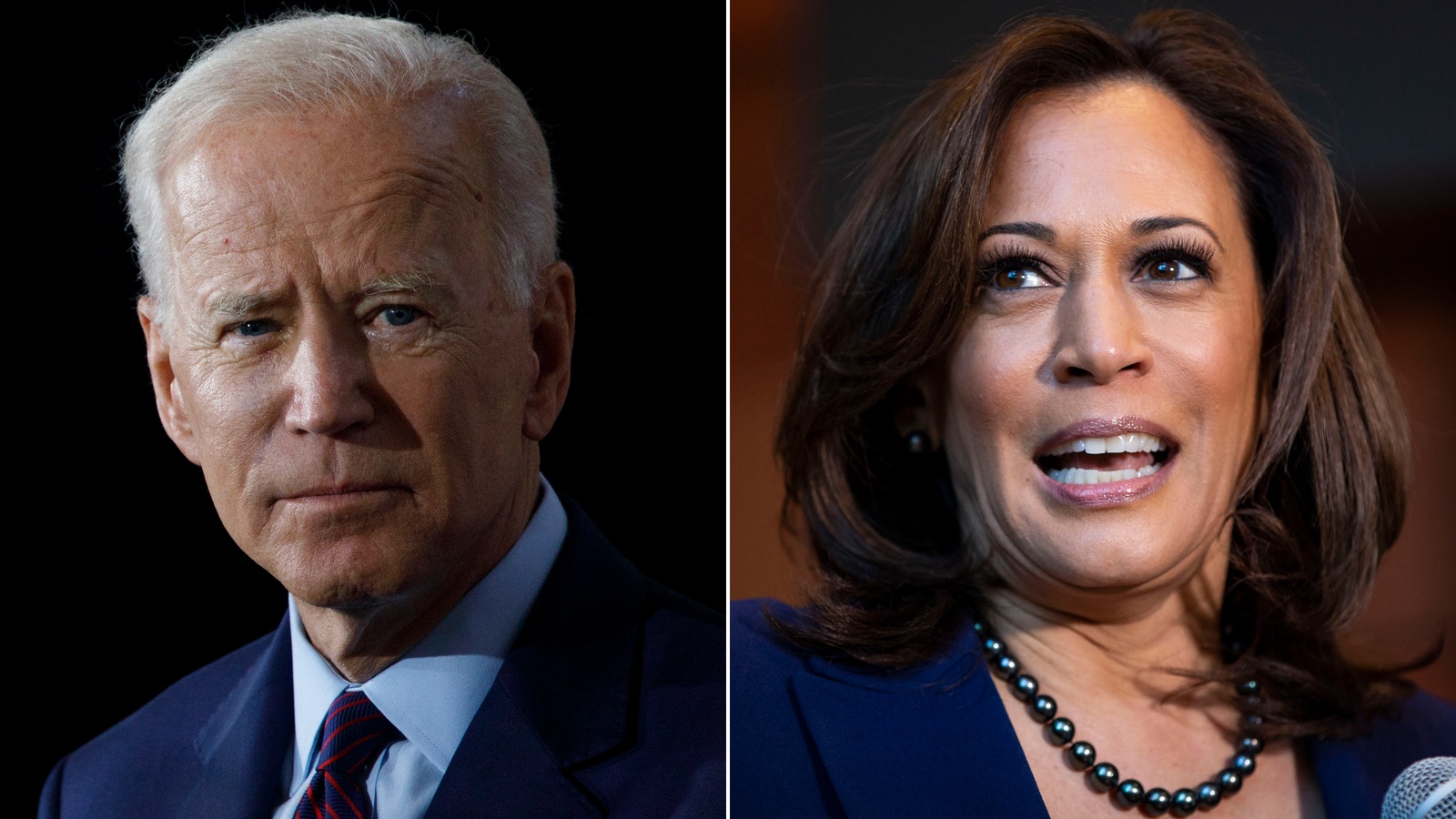 If elected, she would be the nation’s first female, first Black and first Asian American vice president.

Joe Biden has chosen Kamala Harris, the prominent senator from California whose political career has included many barrier-breaking moments, as his running mate, his campaign announced on Tuesday. The decision comes more than a year after Harris, who was also a 2020 Democratic candidate, clashed with Biden over racial issues during the first primary debate. If elected, she would be the nation’s first female, first Black and first Asian American vice president. Picking Harris, who is 55, provides the ticket with some generational diversity. Biden, 77, would be the oldest president-elect in U.S. history.

The announcement from Biden caps weeks of speculation and is Biden’s biggest decision to date as the presumptive Democratic nominee — a detail Biden himself noted in his announcement.

"You make a lot of important decisions as president. But the first one is who you select to be your Vice President. I’ve decided that Kamala Harris is the best person to help me take this fight to Donald Trump and Mike Pence and then to lead this nation starting in January 2021," Biden wrote in an email from his campaign to supporters.

"I need someone working alongside me who is smart, tough, and ready to lead. Kamala is that person," he wrote. "I need someone who understands the pain that so many people in our nation are suffering. Whether they’ve lost their job, their business, a loved one to this virus."

"This president says he 'doesn’t want to be distracted by it.' He doesn’t understand that taking care of the people of this nation — all the people — isn’t a distraction — it’s the job," Biden continued. "Kamala understands that. I need someone who understands that we are in a battle for the soul of this nation. And that if we’re going to get through these crises — we need to come together and unite for a better America. Kamala gets that."

Harris, in a tweet, said she was "honored" to join Biden "as our party's nominee for Vice President, and do what it takes to make him our Commander-in-Chief."

Biden and Harris will appear together and speak in Biden's home town of Wilmington, Delaware, on Wednesday, the campaign said.

Harris, the only Black woman in the U.S. Senate, was elected in 2016 after serving as California’s attorney general and, before that, San Francisco district attorney. A native of Oakland, California, and the child of Jamaican and Indian immigrants, Harris has said she was inspired to attend law school after joining civil rights protests with her parents.

"She’s been a fighter and a principled leader and I know because I’ve seen her up close and I’ve seen her in the trenches," Biden said of Harris at a virtual fundraiser in June.

As attorney general, Harris worked closely with Biden’s late son, Beau Biden, when he was Delaware's attorney general, particularly in challenging big banks in the wake of the housing crisis. In her book, "The Truths We Hold: An American Journey," Harris says the pair "talked every day, sometimes multiple times a day."

Because of their friendship, Harris' attack on Biden during the first Democratic primary debate for his record on busing and working with segregationists came as a shock to the Biden campaign, his family and the candidate himself.

"I was prepared for them to come after me, but I wasn't prepared for the person coming at me the way she came at me. She knew Beau, she knows me," Biden said in an interview later that summer. He said Harris had "mischaracterized" his position.

The surprise and backlash of that debate moment in Miami was still top of mind for Biden's wife, Jill, as recently as March. Jill Biden said in a virtual fundraiser, "Our son Beau spoke so highly of her and, you know, and how great she was. And not that she isn't. I'm not saying that. But it was just like a punch to the gut. It was a little unexpected."

The Trump campaign pounced on that moment immediately after Biden's announcement in a freshly cut ad — which Trump himself tweeted moments after the announcement — that alleged Harris attacked "Biden for racist policies" and that slammed the pair as "Slow Joe and Phony Kamala."

Both Biden and Harris allies have acknowledged that, in the months after she left the race, Harris has given her full support to the Biden campaign. She has often campaigned virtually for Biden, holding joint fundraisers with the candidate and roundtables around issues like the racial disparities in coronavirus cases and protecting the Affordable Care Act. In a June virtual fundraiser, she raised $3.5 million for the campaign.

Harris was praised for her pointed questioning of Attorney General Bill Barr and Supreme Court Justice Brett Kavanaugh during their respective confirmation hearings, highlighting her record as a prosecutor.

But that record, especially on issues like marijuana convictions and truancy, has also been a source of criticism, especially from younger, more progressive voters.

Many of them offered their congratulations after Biden made his selection known.

“Senator Harris is a tenacious and trailblazing leader who will make a great partner on the campaign trail. I am confident that Biden-Harris will prove to be a winning ticket,” Rice said in a statement.

Whitmer tweeted that Biden and Harris “will be a fierce team to Build America Back Better.”

Other top Democrats also offered praise for the pick.

“Joe Biden’s naming of Senator Kamala Harris as the Democratic nominee for vice president marks an historic and proud milestone for our country,” House Speaker Nancy Pelosi, D-Calif., said in a statement. “As the vice president of the United States, Senator Harris will continue her legacy of trailblazing leadership to move our nation forward.”

2016 Democratic presidential nominee Hillary Clinton tweeted that she was "thrilled to welcome @KamalaHarris to a historic Democratic ticket" and lauded her as an "incredible public servant and leader."